Rautavaara: a sensational composer to the end 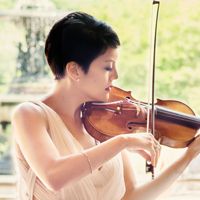 Last December I travelled to Finland to play Fantasia for Violin and Orchestra, written by the great composer, Einojuhani Rautavaara, which I will be premiering with Michael Stern and the Kansas City Symphony this upcoming season. Sadly with Rautavaara’s recent death, this will be a posthumous world premiere.

Rautavaara was a legendary Finnish composer who wrote eight symphonies, 14 concertos, and numerous other works for chamber ensembles and choir. He was a protégé of Sibelius, active until age 87, and was best known for writing Symphony No 7, Angel of Lightand the beautifully haunting work, Cantus Arcticus: concerto for birds and orchestra, a piece that took my breath away the first time I heard it.

In my early twenties, I regularly went to record and sheet-music stores, looking through items one at a time in the hope of discovering music that would make the hairs on my neck stand up. It was then I first discovered Rautavaara’s music, and for years, dreamed of commissioning him to compose more music for violin. In 2014, I inquired if Rautavaara, with the wonderful support of Boosey & Hawkes, would be interested in writing a fantasy for violin and orchestra. I was beyond elated when he responded that indeed he would and worked quickly. I received a handwritten draft of the score in the fall of last year, and breathlessly ran to my music studio to play through it.

I think there are similar qualities to the Angel of Light and Cantus Arcticus and Rautavaara’s signature soulful sound permeates throughout the piece, with fluid harmonies and deep moods  -much like flowing large movements of water and majestic scenes from nature.

In December, I flew to Helsinki to meet Rautavaara and perform the work for him. We met at the apartment he shared with his wife, and the apartment was flooded with a special light that only seems to exist at the edge of the earth, overlooking the sea. He stood with a walker and was incredibly  gentle and kind. Smiling and laughing, we spoke about how Sibelius liked the fact that Rautavaara owned an automobile, as well as his time in New York, studying at the Juilliard School where I also went to school.

After I played Fantasia, he looked at me and repeatedly said, ‘I wrote such beautiful music!’ We all laughed and agreed. He apologized for what he felt were his lazy bow markings and was so happy that I took the liberty to change the bowings to punctuate the phrasing the way I thought would bring his poetry out best. I was amazed that he made no changes to any notes or dynamics. Everything was in place just the way he wrote it.

Fantasia is transcendent and has the feeling of an elegy with a very personal reflective mood. Rautavaara’s music will live on forever and I thank him from the bottom of my heart for writing a masterpiece that makes me cry every time I listen to it.

Listen to an exclusive preview of Anne Akiko Meyers performing Rautavaara’s Fantasia for Violin and Orchestra with the Philharmonia Orchestra and conductor Kristjan Järvi below: